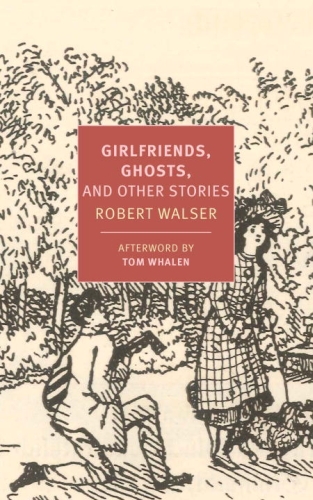 Girlfriends, Ghosts, and Other Stories

Girlfriends, Ghosts, and Other Stories brings together eighty-one brief texts spanning Robert Walser’s career, from pieces conceived amid his early triumphs to later works written at a psychiatric clinic in Bern. Many were published in the feuilleton sections of newspapers during Walser’s life; others were jotted down on slips of paper and all but forgotten. Together they string together small nutshells of consciousness, idiosyncratic and vulnerable, genuine in their irony, wistful in their humor. The portraits and landscapes here are observed with tenderness and from a place of great anxiety. Some dwell on childish or transient topics--carousels, the latest hairstyles, an ekphrasis of the illustrations in a picture book--others on the grand themes of nature, art, and love. But they remain conversational, almost lighter than air. Every emotion ventured takes on the weight of a sincerity that is imperiled as soon as it comes into contact with the outside world, which retains all of the novelty it had in childhood--and all of the danger. Walser’s speakers are attuned to the silent music of being; students of the ineffable and neighbors to madness, they are now exhilarated, now paralyzed by frequencies inaudible to less sensitive ears.