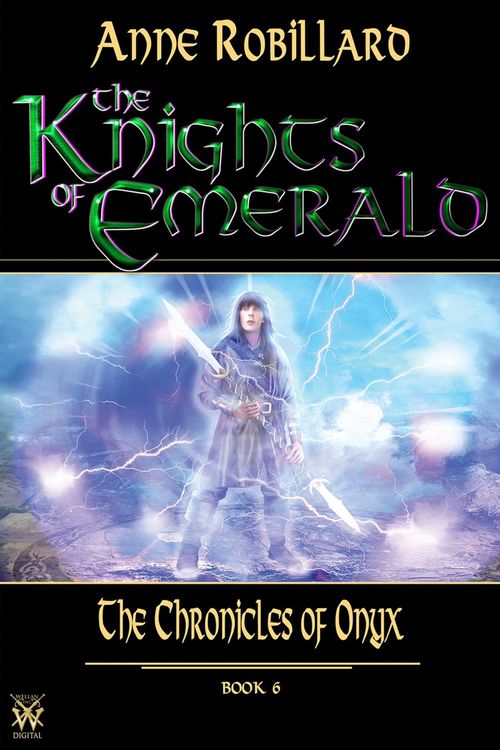 Knights of Emerald 06 : The Chronicles of Onyx

Book 6 of the saga The Knights of Emerald, The Chronicles of Onyx: With the help of Kira, Wellan discovers the chronicles written by the renegade Knight Onyx, and discovers the fate that awaits his soldiers if the Dark Emperor decides to adopt the same military strategy that he used in the past. Distraught, Wellan tries to obtain from the Crystal Magician greater magical powers for himself and his men.

Asbeth launches a new attack on Enkidiev and the Knights of Emerald must rush once more to the aid of the inhabitants of the coast. During the rescue operation, Wellan finally has the opportunity to sort things out with the King of the Elves. It is also in the beautiful forests of the Elves that the gods present an invaluable gift to him.

Upon his return to the Castle of Emerald, Wellan is confronted with a diplomatic dispute. Will he have the savoir-faire required to solve this delicate problem ?

Wellan does not suspect that the enemy is much closer than he thinks ...