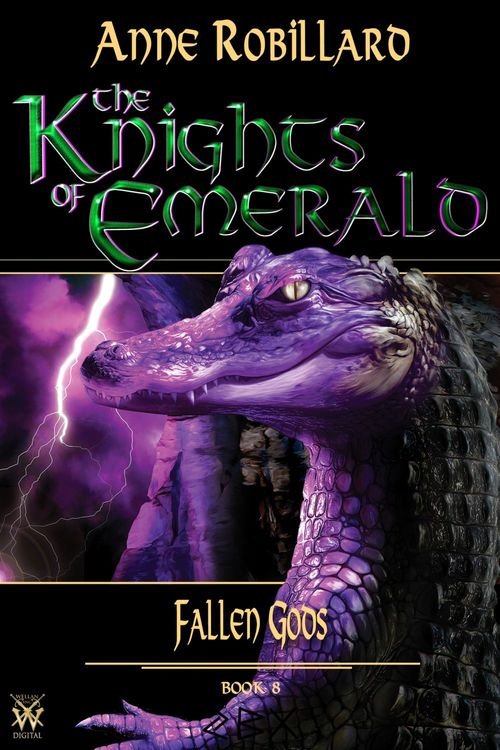 Book 8 of the saga The Knights of Emerald, Fallen Gods: Faced with the difficult task of assigning the Squires to their new masters, Wellan soon realizes that there aren't enough Knights for all of them and that many of the Knights are already training a child. In order to give Wellan a hand, Jenifael, Lassa and Liam use an old spell that greatly disrupts life in the castle.

Under the pretext of going back to his old village, Onyx takes Sutton and his family to the land of their ancestors. But the renegade's true purpose is to obtain a powerful weapon that the goddess Cinn has hidden in the most southern part of the kingdom.

The Knights who have barely recovered from the unrest caused by the young culprits at the castle are attacked by an enemy dropping from the sky. They soon find out that they are poorly equipped to defend themselves against fallen gods.

At the same time, enemy troops led by Asbeth make their way to the Castle of Emerald adding to chaos.